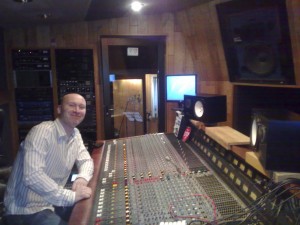 Neil’s work has been aired on both radio and TV, such as Radio 1,Radio 2, Radio X, MTV(US), BBC1, ITV1, CH4, Sky Sports, MTV Rocks and also airplay throughout the UK, Europe and America. The Bauer Re-connected EP  recorded & produced by Neil enters the Official UK Indie chart at number 2. The bauer track “Starting again” was recorded and produced by Neil and reached number 20 in the Official UK indie chart.
The Bauer track “Made the change”  Recorded and Mixed by Neil entered the Amazon chart at No.1“

The Track “Jena Na” by (X Factor Semi-finalist) Ardit Cuni and Vesa Smolica (The Voice Series 3) which is Mixed and Mastered by Neil Treppas is a Hit single in Europe. The track entered the European Chart at No.20, then was the highest climber in it’s second week and rose to No.7.  The track was then at No.2 for two weeks before rising to the No.1 spot. This is Neil’s first Number 1 single in Europe and was at Number 1 for a Record 6 weeks.

The track “A Million Things” by Gattuso Ft Disco Killerz is a US Billboard Top 10 Hit single features Vocal Recording and Vocal Production by Neil Treppas.  This is Neil’s first Top 10 Hit in the US Billboard Chart.